A political shark – ruthless, brutal, ready to sacrifice everything for power. In international politics he is a teddy bear, or rather Mrs. Merkel’s poodle. Many European leaders who voted for him probably yielded to Mrs. Merkel’s persuasion. 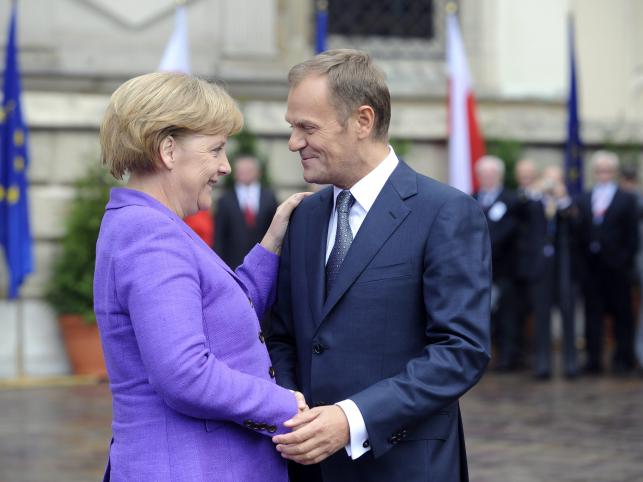 photo made available at Newspix

For any Pole who has sufficient political knowledge the nomination of Donald Tusk to the position of the President of the Council was somewhat irritating. Tusk, undoubtedly the worst Polish prime minister since 1989, but at the same time the great charmer of a large part of the Polish society proved also miraculously efficient in charming many leaders of the European countries. The internal situation in Poland is bad, and the record of Tusk’s government in foreign affairs, education, public finance, army, and practically all other areas is appalling. His ratings as prime minister in the opinion polls are all time low, but at the same time he has his own faithful electorate which supports him and his party whatever social and political cost. This is - one has to admit it - something of an achievement.

What was it that got him the appointment? The most important and perhaps sufficient reason is that he is Mrs. Angela Merkel’s favourite. She apparently likes him, but there is more to it than that. She knows that he will not oppose her. Der Spiegel wrote not long ago that Merkel supports Tusk because he is “easy to handle”. This is another paradox. In Polish politics Tusk has been a political shark – ruthless, brutal, ready to sacrifice everything for power. In international politics he is a teddy bear, or rather Mrs. Merkel’s poodle. Many European leaders who voted for him probably yielded to Mrs. Merkel’s persuasion.

But Merkel’s support was not enough. There were two arguments floating in the media which were said to be raised in favour of Tusk’s candidacy, both strikingly false. The first is that Mr. Tusk will be ready to do something in  order to reform the EU which for some time has been acutely suffering from sclerosis. All those who advocate the reform, David Cameron for example, supported Tusk as their man. But they miscalculated. They mistakenly assumed that Tusk has some strong beliefs or principles - for instance, regarding the European Union - which he is ready to pursue. Well he does not, either as a shark in Polish politics, or as a teddy bear in international politics. Since the big guys in the EU do not want the reform, Tusk will certainly not challenge them. When opening the Polish presidency in the European Parliament, Tusk started his speech with the sentence: “We need more Europe in Europe”. This does not sound particularly reformist, does it?

The second argument was that at the time of the Ukrainian crisis Tusk - an East European and a former anti-communist activist - would most likely represent the hard line against Russian imperialism, to counterbalance the powerful influence of the doves from the West European countries. This, again, is something that cannot be corroborated by the facts. Until the Ukrainian crisis Tusk as the prime minister had represented the strongly pro-Russian stance. He had even flirted with Vladimir Putin to form a common front against the then President of Poland, the late Lech Kaczynski. He had bashed all Poles who warned against Russian imperialist politics and who said that Putin could not be trusted. A sudden change after the annexation of the Crimea was dictated solely by his knee-jerk reaction to side with the European mainstream. It can be expected that he, as the President of the Council, will continue to move with the tide. Any hope that he will launch a political initiative of his own - be it in European-Russian relations, or in the EU integration process - against the will of his powerful protectors is highly unlikely.

Of course, the role of the President of the Council should not be overrated. Herman van Rompuy did not make a difference; nor will Donald Tusk. And yet there is something depressing in the fact that the European leaders decided to choose for this position somebody who so miserably failed as a national politician and whose seven year rule has poisoned the public sphere in his own country and divided the society to the degree unknown since the imposition of the martial law by General Jaruzelski in 1981.